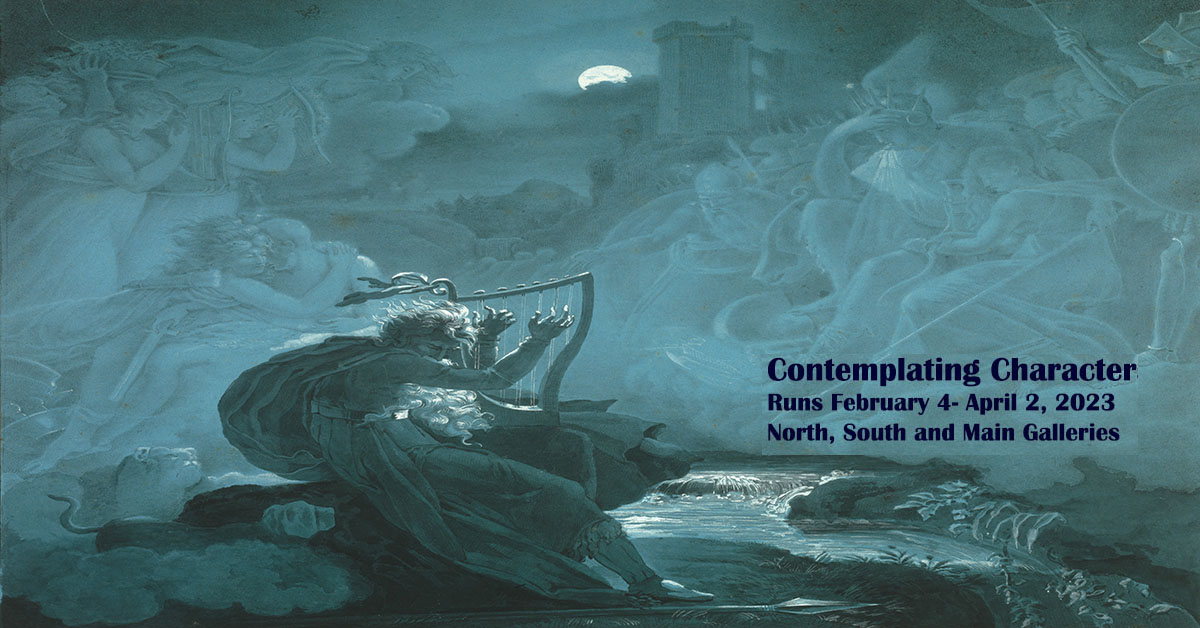 On Exhibition in the Esther B. O’Keeffe Building: North, Main and South Galleries

Contemplating Character: Portrait Drawings & Oil Sketches from Jacques-Louis David to Lucian Freud explores the evolution of portraiture in 81 works on paper by 68 artists. Executed by some of the most famous portraitists in Europe and America, the works range in date from the 18th century to present day and encompasses the many art styles and movements during this expanse of time. Collectively, they reveal the challenge of artists engaged with portraiture: to accurately portray an individual’s physical appearance and capture the sitter’s personality and soul.

All the works are drawn from the personal collection of Robert Flynn Johnson, Curator Emeritus of the Achenbach Foundation for Graphic Arts at the Fine Arts Museums of San Francisco. Mr. Johnson was a curator of graphic art for over forty years and assembled a scholarly collection of rare portraits that exhibit extraordinary artistic skill and imagination. Contemplating Character is accompanied by a 160-page fully illustrated catalogue with an essay by Mr. Johnson.