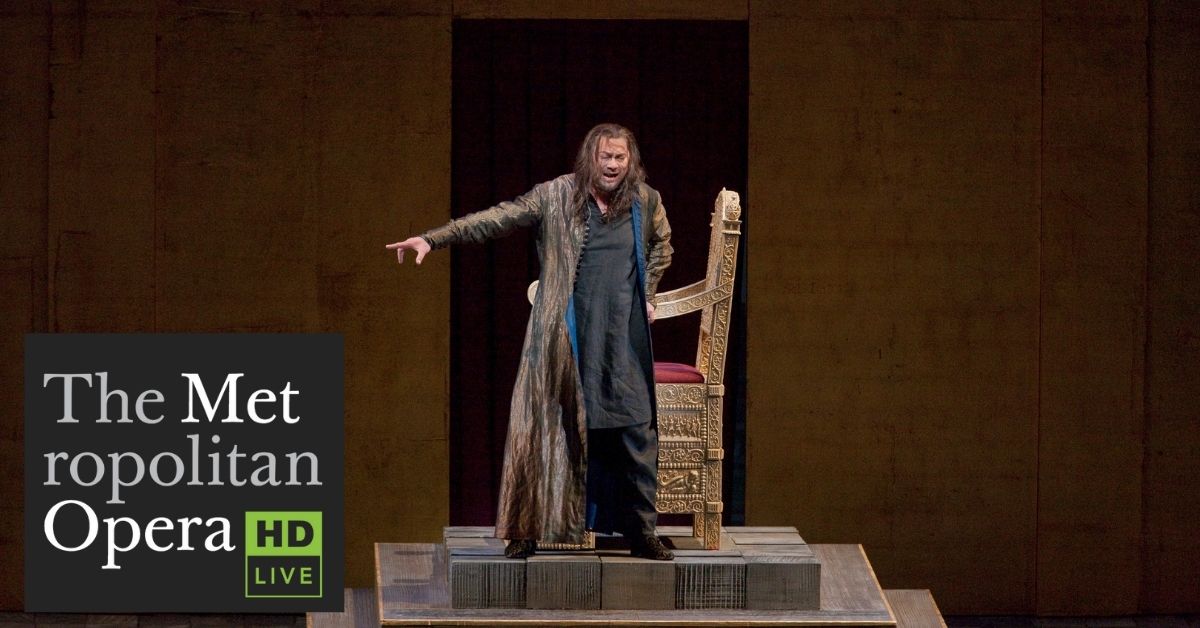 Bass René Pape, the world’s reigning Boris, reprises his tremendous portrayal of the tortured tsar caught between grasping ambition and crippling paranoia. Conductor Sebastian Weigle leads Mussorgsky’s masterwork, a pillar of the Russian repertoire, in its original 1869 version. Stephen Wadsworth’s affecting production poignantly captures the hope and suffering of the Russian people, as well as the title ruler himself.