The Collector’s Daughter: A Novel of the Discovery of Tutankhamun’s Tomb 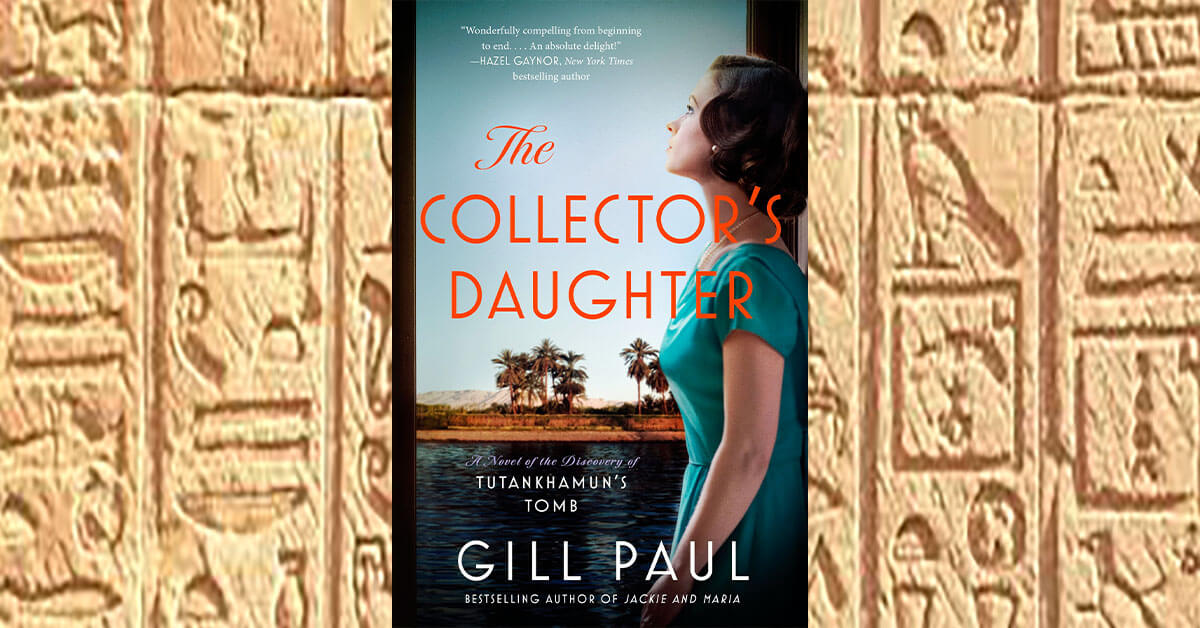 She is the daughter of the Earl of Carnarvon, brought up to make her society debut and follow it with a prestigious marriage. But popular and pretty Lady Evelyn Herbert has other ideas. First, she falls for a man her mother doesn’t approve of, then she accompanies her father to Egypt, leaving behind the world of etiquette and chaperones to work alongside archeologist Howard Carter in the Valley of the Kings.

In November 1922 the extraordinary happens when they discover the burial place of Tutankhamun, packed full of gold and inconceivable riches. Eve is the first to crawl inside, the first person to see the treasures in three thousand years. She calls it the “greatest moment” of her life—but soon afterwards a string of tragedies leaves her world a darker, sadder place.

Newspapers claim it is “the curse of Tutankhamun.” Howard Carter says no rational person would entertain such nonsense. Fifty years later, an Egyptian academic comes asking questions about what really happened in the tomb in 1922. And that visit unleashes a new chain of events threatening Eve’s happy life, and making her wonder if there could be some truth behind the stories of an ancient curse.

The Collector’s Daughter: A Novel of the Discovery of Tutankhamun's Tomb