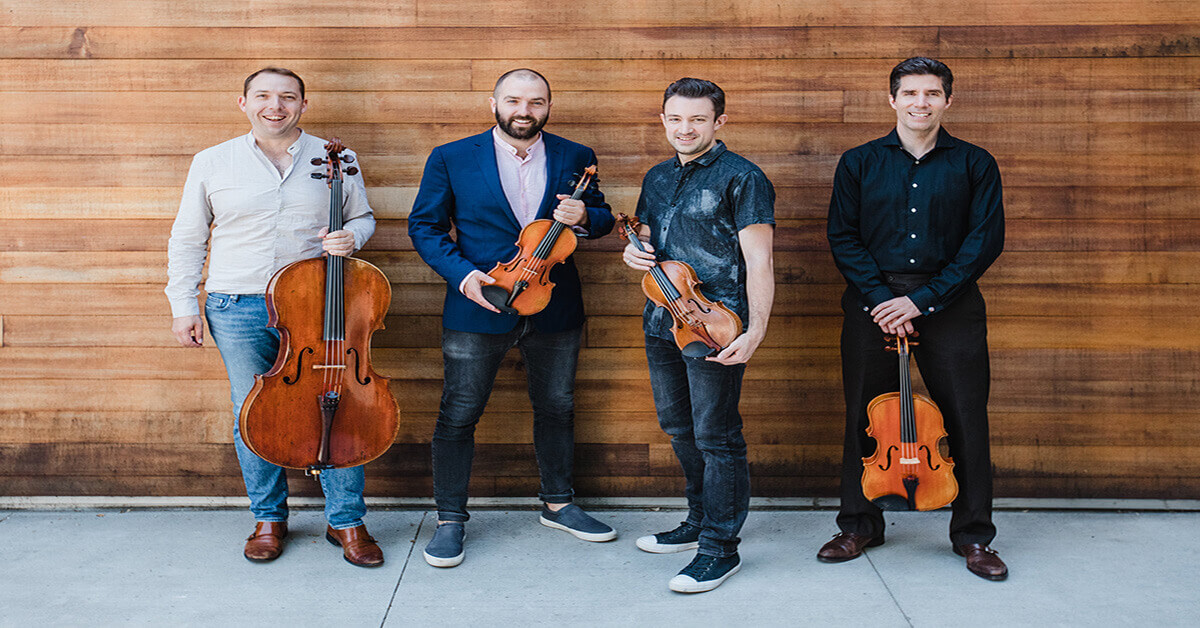 The Escher String Quartet has received acclaim for its profound musical insight and rare tonal beauty. A former BBC New Generation Artist, the quartet has performed at the BBC Proms at Cadogan Hall and is a regular guest at Wigmore Hall, London. In its home town of New York, the ensemble serves as Season Artists of The Chamber Music Society of Lincoln Center, where it has recently performed quartet cycles of Beethoven and Zemlinsky.

The 2021-22 season finds the Escher String Quartet touring the U.S. extensively, performing in numerous cities and venues including Lincoln Center and Rockefeller University (both in NYC), La Jolla, Detroit, Buffalo, Palm Beach, New Orleans, and Savannah among others.

In the fall of 2021 the quartet released its latest album, the complete quartets of Charles Ives and Samuel Barber (BIS). Recordings of the complete Mendelssohn Quartets, released on the BIS label in 2015-2017, were received with the highest critical acclaim. The Escher’s most recent recording – quartets of Dvorak, Borodin, and Tchaikovsky – was met with equal enthusiasm. The quartet has also recorded on the Naxos label, the complete Zemlinsky String Quartets in two volumes to accolades including five stars in the Guardian with “Classical CD of the Year”, a Recommendation in The Strad, “Recording of the Month” on MusicWeb International and a nomination for a BBC Music Magazine Award.

*Luke Fleming is filling in for Pierre Lapointe, viola

The day is no more