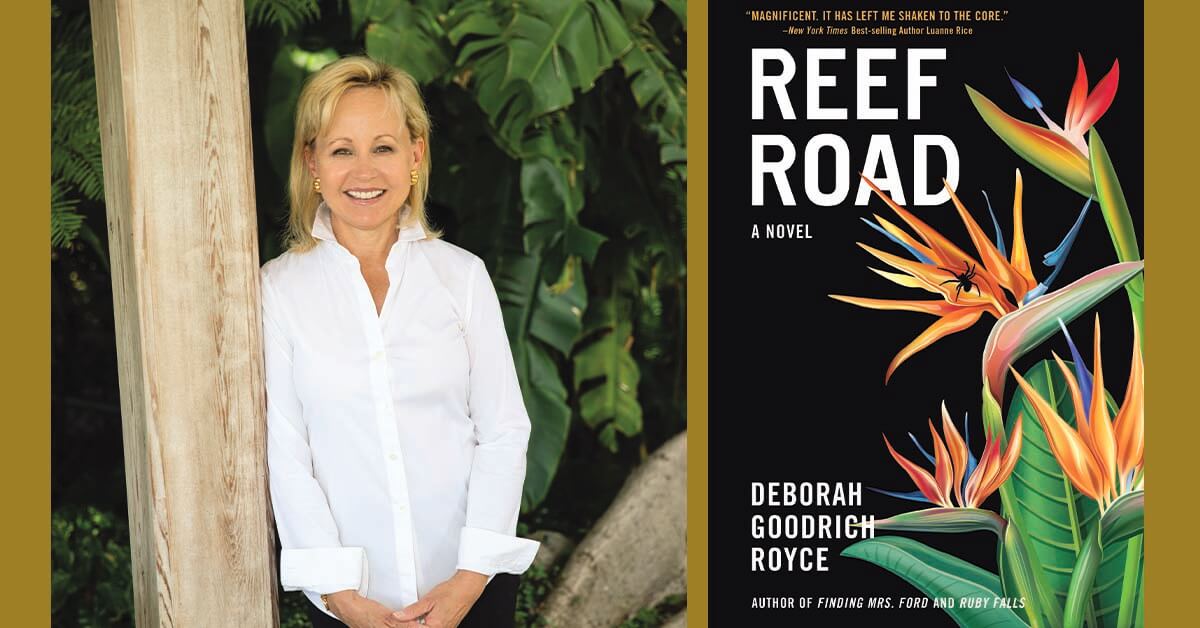 It is spring of 2020 and the world has ground to a halt. In the rarified hamlet of Palm Beach, Florida, its residents quarantine as an unseasonable heat wave—and a virus—descend upon them.

From a pretty house on the north end of the island, a husband and children go missing while a wife delays reporting it. In a dingy apartment behind a grocery store, a writer works to solve a decades-old murder by day and prowls the island by night. On a famous surfing beach, a human hand is found and a passing surfer turns out to be a cop.

Not one of these characters stays within the lines being drawn around them as—beat by steady beat—their paths converge on Reef Road.

Deborah began as an actress on All My Children and in multiple films. She transitioned to be the story editor at Miramax Films, developing Emma and early versions of Chicago and A Wrinkle in Time.

Deborah holds a bachelor’s degree in modern foreign languages and an honorary doctorate of humane letters from Lake Erie College.