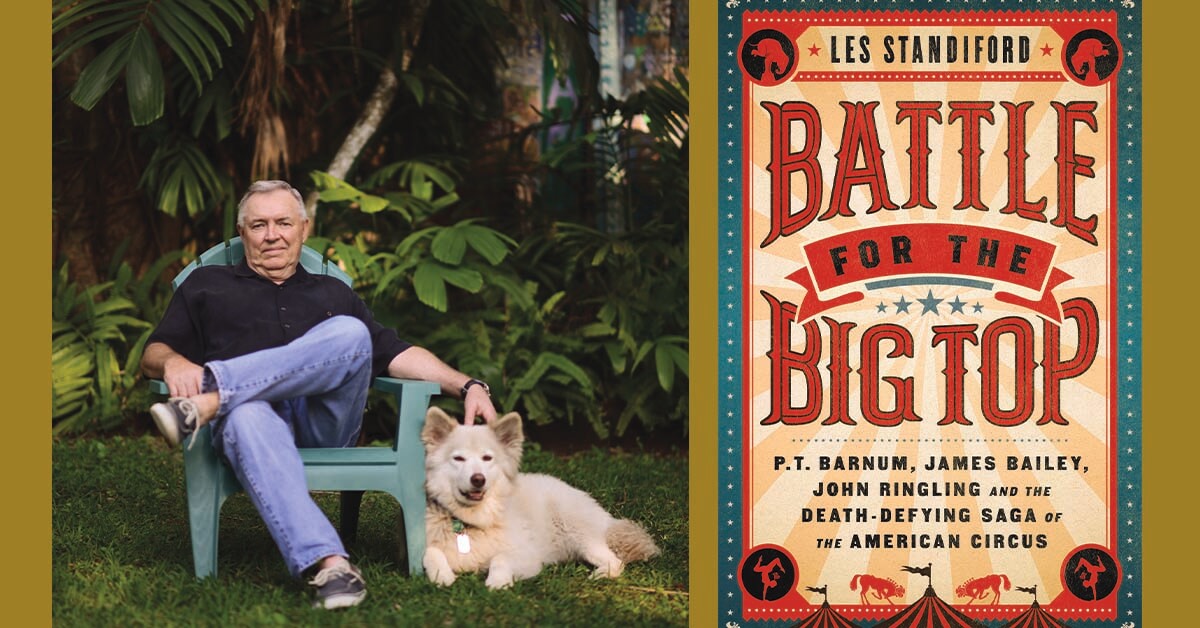 The untold story of three Golden Age titans and the confrontations, cutthroat business strategies, and eccentric personalities that built the Ringling Bros. and Barnum & Bailey Circus.

Millions have sat under the “big top,” watching as trapeze artists glide and clowns entertain, but few know the captivating stories behind the men whose creativity, ingenuity, and determination created one of our country’s most beloved pastimes.

In Battle for the Big Top, New York Times–bestselling author Les Standiford brings to life a remarkable era when three circus kings—James Bailey, P.T. Barnum, and John Ringling—all vied for control of the vastly profitable and influential American Circus. Ultimately, the rivalry of these three men resulted in the creation of an institution that would surpass all intentions and, for 147 years, hold a nation spellbound.

Filled with details of their ever-evolving showmanship, business acumen, and personal magnetism, this Ragtime-like narrative will delight and enchant circus-lovers and anyone fascinated by the American experience.

Biography: Les Standiford is the author of several critically acclaimed books, including Last Train to Paradise, Meet You in Hell, and Bringing Adam Home. His book, The Man Who Invented Christmas, was a New York Times ‘Editors’ Choice’ and was made into a feature film starring Christopher Plummer and Dan Stevens in 2018. He is a Professor of English and Founding Director of the Creative Writing Program at Florida International University and holds a MA and PhD in literature and creative writing from the University of Utah. He attended the US Air Force Academy and Columbia School of Law and is a former screenwriting fellow and graduate of the American Film Institute in Los Angeles. He lives in Miami, Florida.